The Apple Event happened 3 days ago now. The iPhones are all out for pre-order and the watches will be coming soon. All of the leaks and rumors of the flat Apple Watch did not happen because of Apple’s production issues that happened earlier this year.

I believe that the watch was going to be flat this year but Apple had issues producing the flat displays and glass on such a mass level that they decided to put the screen into the body of the Series 6 Watch.

He goes further into detail on his rumors of the flat display and everything that happened with the watch. Regardless of whether you believe him or not, it is an interesting video to watch.

Personally, I do agree with him that Apple was going to make this watch but then ran into issues with the mass production.

As far as the iPhones, there is nothing special there. Same body as last year, smaller notch, cameras are always getting better, bigger batteries and the Pro models all have “up to” 120Hz refresh displays which have been on iPads since 2017. I have an iPad Pro 10.5inch 2017 model that has a 120Hz refresh rate display. Why it took them this long to move what the iPad’s have had for YEARS to iPhones, I’m not sure. I’m just glad it is finally here.

What did you think of the event this year? 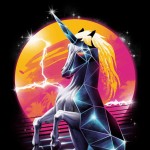